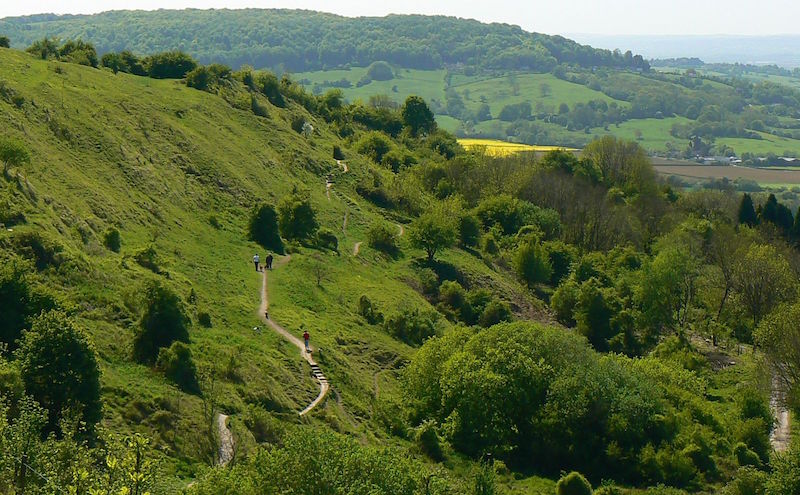 How to hike the Cotswold Way

Fancy exploring the Cotswold Way? Here AT’s Paul Jennison introduces his beloved local trail and explains how you can do it…

What is the Cotswold Way?

The Cotswold Way is a national trail that takes you on a meandering 104-mile journey along the Cotswold escarpment. It zig-zags to and fro and up and down, giving great views and passing through chocolate-box villages, so you’ve always got something to look forward to. 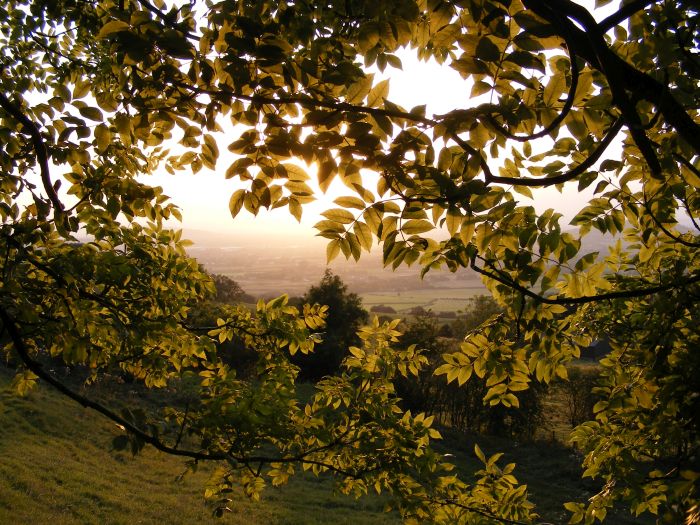 In the south of England, the walk starts in the old market town of Chipping Campden and heads southwest to the Georgian city of Bath. That said, many do it the other way round – it doesn’t matter either way.

Having lived near to the southern half of the way for many years, I know how beautiful the countryside around there is. I’ve walked a couple of sections in the past so couldn’t resist taking on the northern half, joining it up with the bits I already know. The top half of the walk surpasses the lower part for landscapes, but both pass through small towns and villages that have that orangey hue from the famous Cotswold stone that is used in all the older buildings across the region. Add in several ancient burial mounds and hill forts where our ancestors trod hundreds of years ago and you have a perfect mixture to keep your imagination busy as you walk. 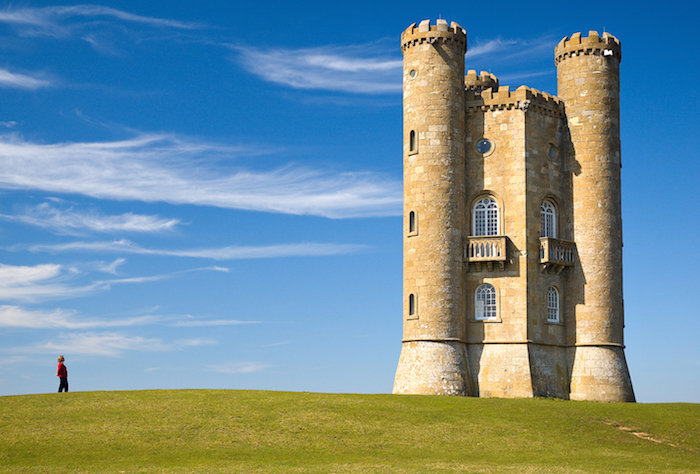 Absolutely. Starting at Chipping Campden was the right move. The epitome of an old bustling market town (that you should take a little while to explore before your journey begins) is a perfect show opener. Start proper at the old market hall and begin the climb out of the town towards Broadway Tower, the second highest point on the path (312m), which gives stunning views across the escarpment and as far away as the Brecon Beacons (on a good day!). Drop down into the touristy but pretty town of Broadway before heading back out and over Shenberrow Hill with its Iron Age fort, then pass through the delightful villages of Stanton and Stanway with its Jacobean Manor and ornate gatehouse.

The climb up Cleeve Hill on to the common and to the vantage point that is the highest point in the Cotswolds (317m) is well worth the effort, and the panoramic vistas just keep delivering. This is also the site of another ancient hill fort with the defensive ditches still visible.

The way then descends into woods and pasture where there’s abundant wildlife, from the hovering kestrels to finches that dart in and around the thick hedgerows. If you’re lucky you might catch a glimpse of a fallow deer or two.

Be sure to set aside some time to wander around the lovely church grounds in Painswick, with its 99 perfectly manicured yew trees (it is said a 100th tree will not grow), before climbing up to Haresfield Beacon with its view across Gloucester, the River Severn and the Forest of Dean. This is the perfect setting for the halfway point of the trail. 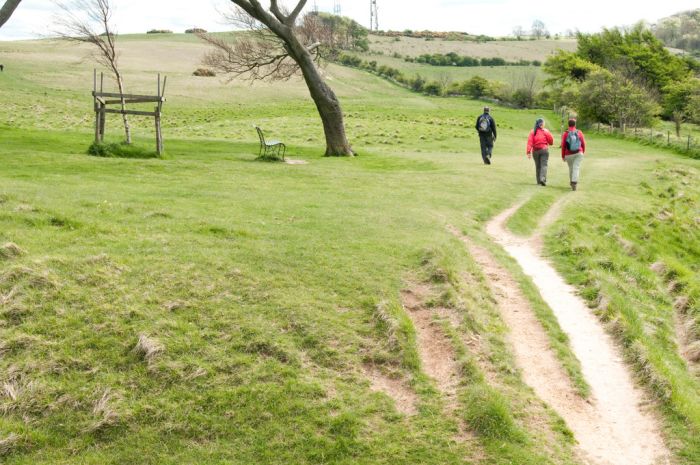 The surroundings became more familiar as I entered the southern half of the walk but that did not diminish its appeal and there is still plenty to see. Take a detour to visit Hetty Pegler’s Tump near the village of Uley. The tump is a 5,000-year-old Neolithic burial ground where you can go into three of the five chambers (take a head torch). Fifteen skeletons have been unearthed in the past and 19th-century excavations discovered Roman pottery.

>>> How to walk the Great Glen Way

If there are any low points they are small, but the further south you walk the busier the way becomes, with housing and the road infrastructure sprawling out from the larger towns and cities. But the path does its best to skirt around this to keep you surrounded by green countryside and peaceful villages until you are on the outskirts of Bath. You have to give in to the inevitable as you descend to the finishing point at the abbey, but with this famous old city there is plenty to see to offset the urban sprawl.

The whole the trail is well signed and I only occasionally had to check the route on the map. There aren’t many campsites along the way but as I was walking in mid-October I was happy to use to B&Bs and the odd pub for accommodation, both of which are better value than many of the hotels, which charge you for the privilege of being in the Cotswolds. It’s said to be slightly harder to do the walk north starting from Bath, but I imagine the ups and downs pretty much cancel each other out.

I’m biased, but the area is simply stunning: quaint towns and villages, views to die for and history by the bucket load. You can visit the region by car and enjoy it, but it’s far better to take your time and feel a sense of achievement, as well as the wind in your face. 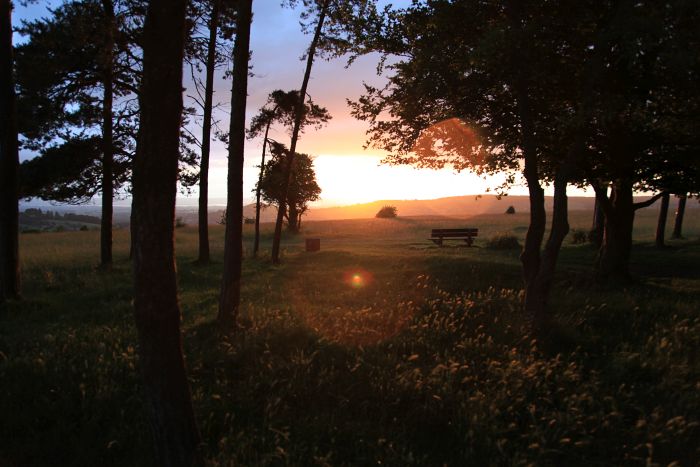 How many days does it take to walk? Six to eight, depending on how much sightseeing you want to do.

What should you pack? Normal walking gear is fine; definitely some trekking poles for the hills.

When should you go? Any time but conditions are best from spring to autumn

What are the dangers? Some small parts are on metalled roads so have good traffic awareness.

What are the highlights? Many, from beautiful sleepy Cotswold villages and historic sights to stunning panoramas.

Get the guidebook: The Cotswold Way by Mark Richards, published by Reardon. See also www.nationaltrail.co.uk/cotswold-way.