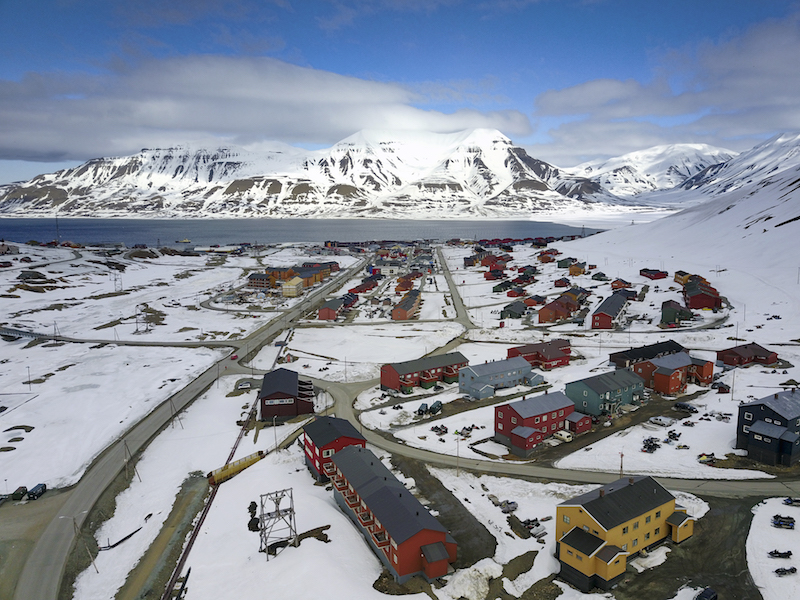 Longyearbyen is a mining town on the island of Spitsbergen, located on the 78th parallel. It is part of the remote Arctic archipelago of Svalbard, Norway, 600 miles south of the North Pole. Due to its remoteness and extreme climate, life is a bit different here, with some unique claims and unusual laws and customs to abide by.

Here are the top 10 things you didn’t know about life in arctic Longyearbyen, a town like no other…

1. Ever worn your slippers to the pub? 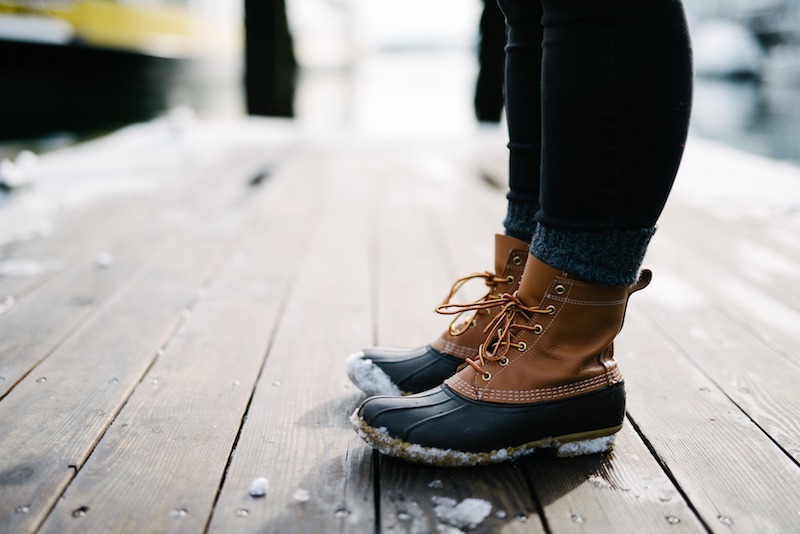 Thought not! In Longyearbyen it is customary to take your shoes off indoors. Upon walking into the pubs, restaurants, hotels, museums, and even the church, you will be provided with cosy footwear while your shoes warm up on the heated racks.

2. All modern buildings in Longyearbyen are built on stilts 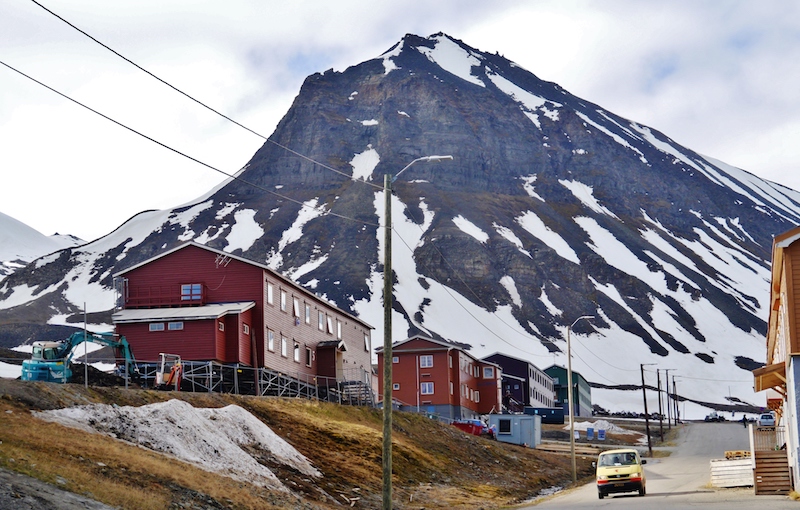 The ground in Svalbard is permafrost, which means the soil is permanently frozen all year round, however the uppermost layer melts during the summer. The stilts protect the buildings from flooding and sinking.

3. There are more polar bears than people! 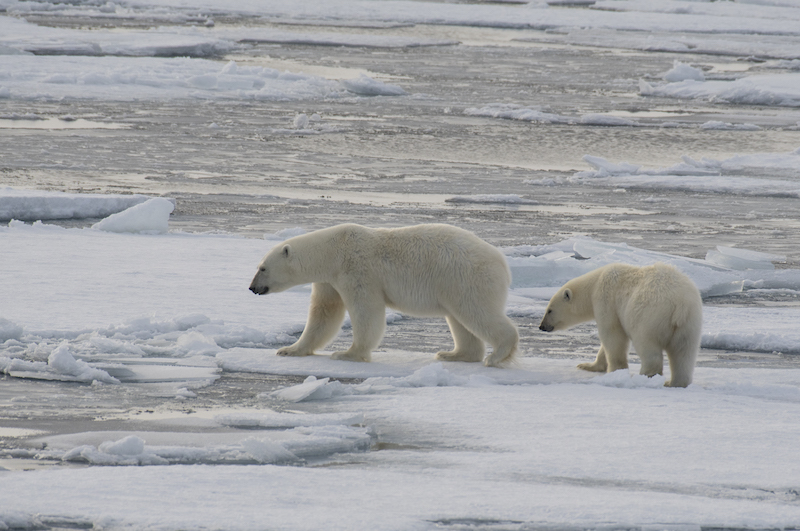 4. Outside of town, it is advised to have a rifle with you 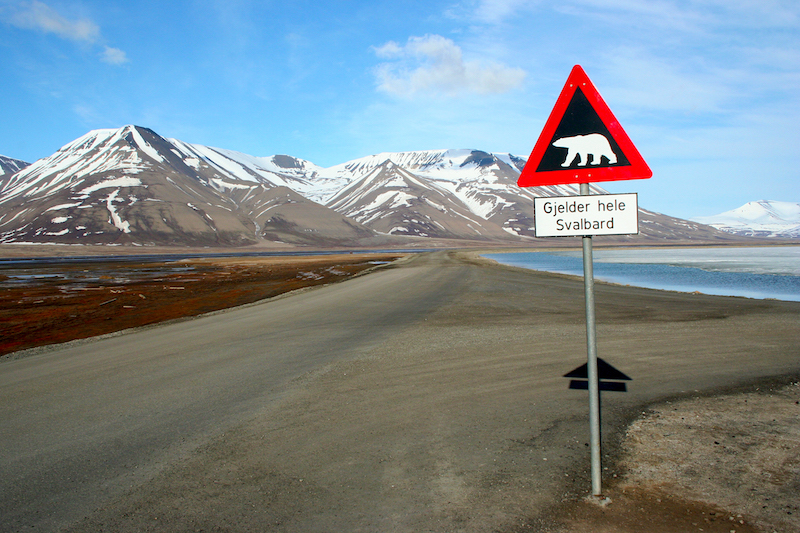 Attacks by polar bears on humans are rare but there is a risk, therefore rifles are carried in case of the need for self-defence. Don’t be surprised to see mothers pushing prams with a rifle slung over their shoulder, or a long line of rifles resting against the door of the pub.

5. There are more snowmobiles than people in Longyearbyen 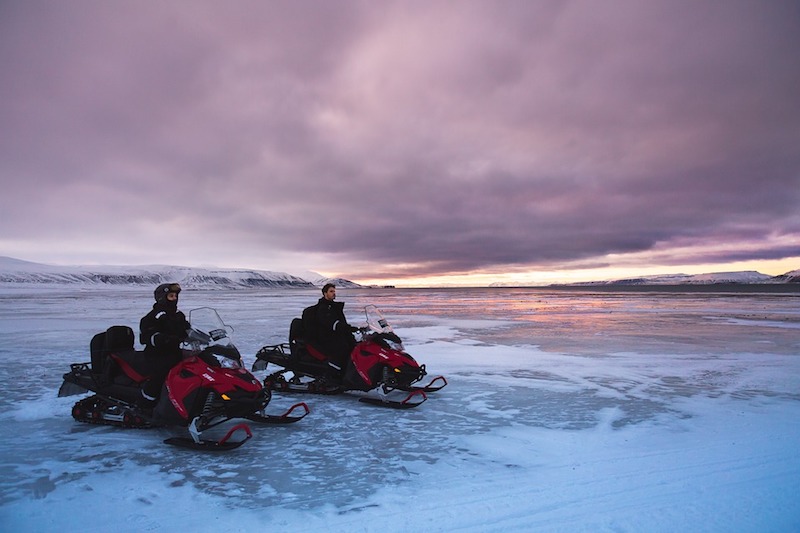 There are about 4,000 snowmobiles for Longyearbyen’s approximately 2,200 residents. Snowmobiles are crucial for transportation in the long winter months due to a lack of roads. 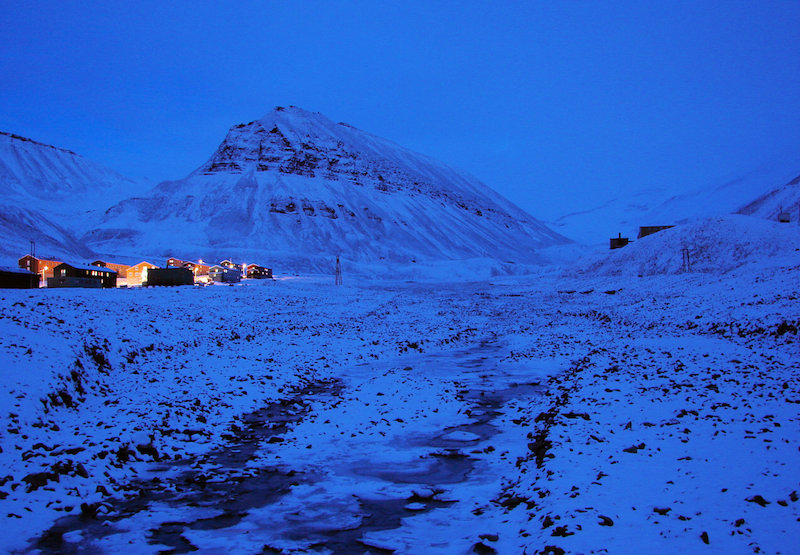 Since Svalbard is located north of the Arctic Circle at a latitude of 78 degrees north, it experiences Midnight Sun in summer (24-hour daylight) and the polar night (24-hour darkness) in winter.

7. The claim for the world’s northernmost everything is in Longyearbyen 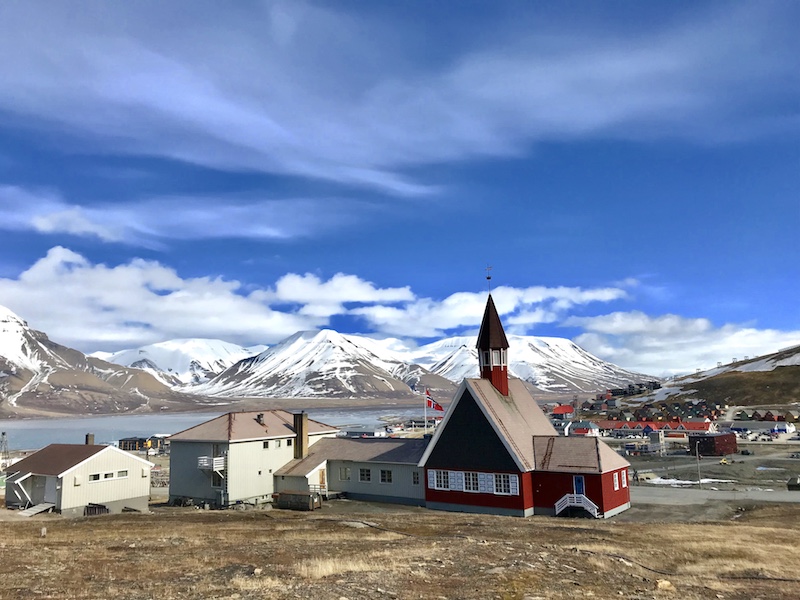 The world’s most northerly church, ATM, post office, museum, commercial airport, university and champagne cellar are all located in Longyearbyen!

You won’t find cat food at the local supermarket. Svalbard is home to protected bird populations that cats pose a threat to, therefore the governor of Svalbard has prohibited them.

9. It is illegal to be buried in Svalbard 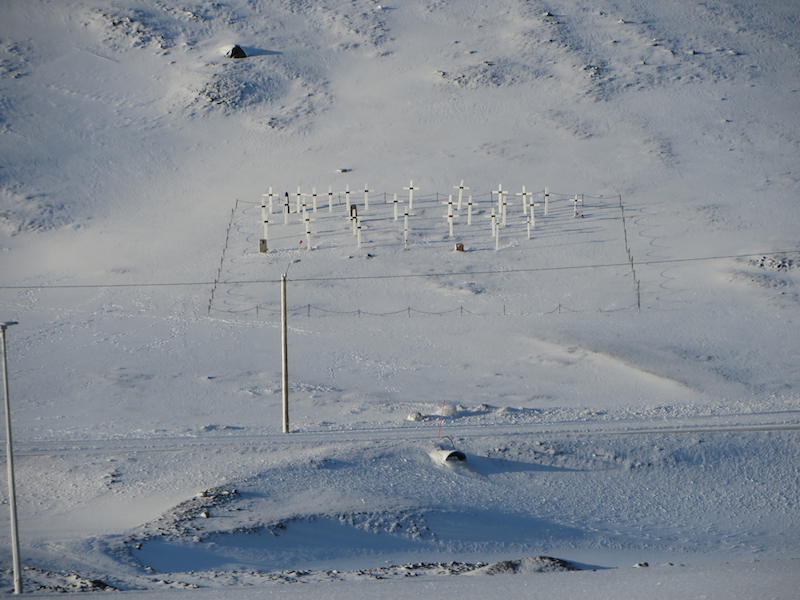 This is because buried bodies will never decompose due to the permafrost and cold temperatures. So you’ll have to die elsewhere. It’s the law! The town does have one very small graveyard, pictured above, which stopped accepting newcomers in the 1950s.

10. Arguably the ‘safest place on earth’ is in Svalbard 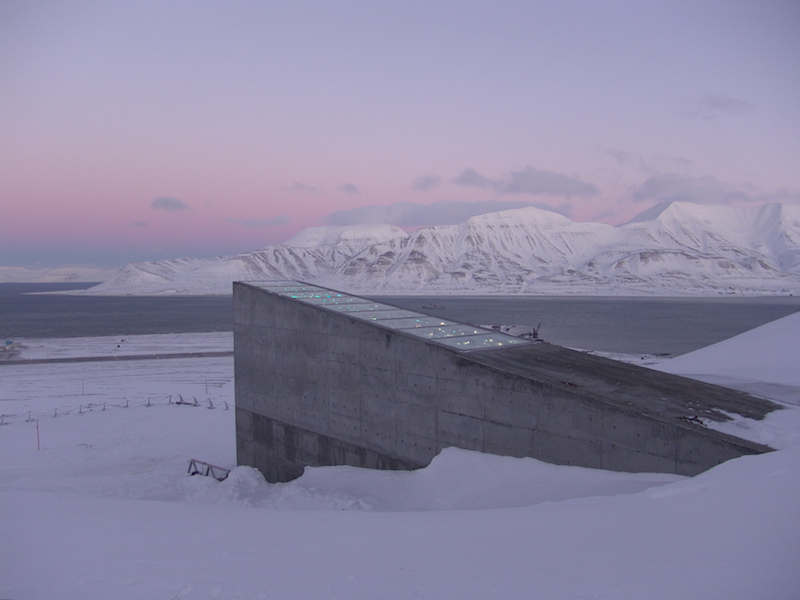 The global seed vault contains the largest collection of seeds in the world as an insurance against loss of biodiversity, which, in the future could help develop resistance to pests, diseases and climate change.

UK Adventure: Climbing Scafell Pike on a truly classic route
5 ways we prepared for a 5,000km cycling adventure
5 of the best hikes in Valais, Switzerland
Type to search or hit ESC to close