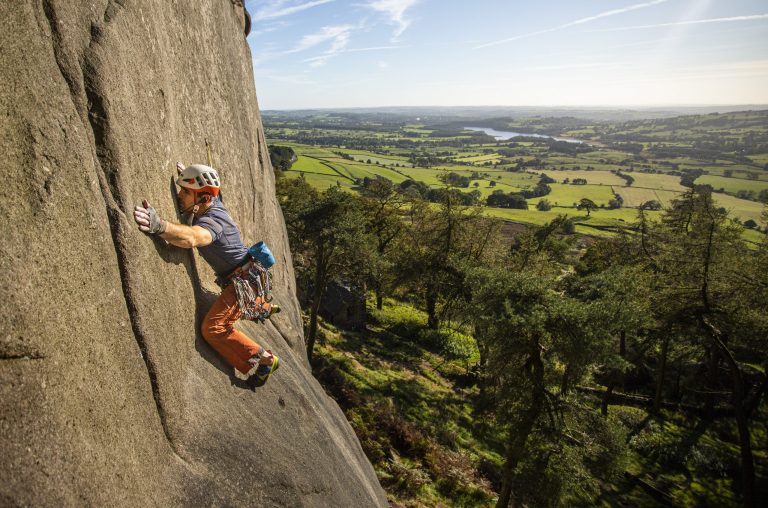 How good are you at doing the one thing you do best? Have you practised it so hard, for so long, that it’s almost intuitive? Could you do it without thinking or without seeing? Could you do it blindfolded?

Jesse Dufton can. In fact, Jesse has been climbing blind most of his life.

Born with just 20 percent central vision, his rare degenerative eye condition means that, at 34 years of age, his sight is now all but gone.

This hasn’t stopped Jesse, though. He’s become both a paraclimbing champion and the first blind climber to lead The Old Man of Hoy – an infamous 137m sea stack off the coast of Orkney, Scotland.

“There are quite a lot of blind people who think that when they lose their sight, their life is over and that’s not true. There are things that become a hell of a lot harder. But if you’re prepared to put in the hard work, you’re still able to do a lot,” Jesse told WFA.

Watch Jesse in action as he conquers this tough crack climb

How exactly does a blind climber manage to reach the top of some of the UK’s classic rock climbing routes? We’ve found this video of Jesse climbing Forked Lightning Crack (E2 5c) in West Yorkshire. The footage goes some way to showing how, with a combination of skill and sheer determination, he reaches the top.

With his wife and sight guide, Molly, providing direction from the ground, Jesse hauls himself up this tricky crack, placing the protection needed to catch him should he take a fall along the way.

It’s a tough climb at the best of times. And then you remember that each move upwards is a step into the unknown, with Jesse relying purely on his intuition and the guidance of Molly as he moves higher up the crack.

Hats off to him, this is an incredible watch.