3 mountains in Kitzbühel that make the ultimate summer adventure

The fashionable Austrian ski resort of Kitzbühel is well-known for its winter sports, particularly the Hahnenkamm downhill race that takes place annually on its slopes. Few people know however, that the region is also a haven for summer adventures, with the mountains Hahnenkamm, Kitzbüheler Horn and Tristkogel offering the perfect trilogy for the ultimate adventure. The hiking season this year kicks off on 22 May, with an exciting annual event that features weekend of hiking with legendary mountaineers and world-class skiiers, plus the chance to have all your equipment tested. It’s the ideal way to get geared up for the upcoming hiking season and find all the inspiration you need for summer adventures.

If you do head out on a summer adventure in Kitzbühel, base yourself in the historic car-free town centre, where local craftmanship meets international luxury brands and enticing smells drift from both gourmet restaurants and traditional mountain huts. Then head out to explore the surrounding mountains, each with their own unique draw and appeal. Here’s what to expect from each one. 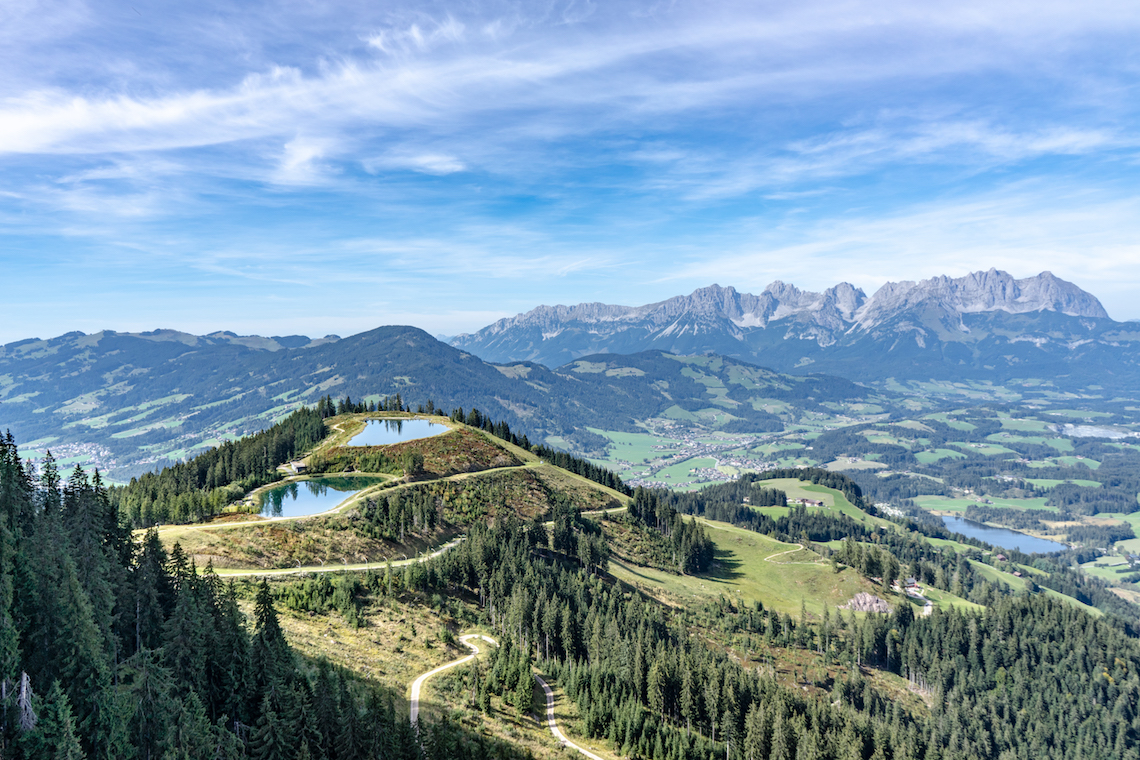 Adventure-seekers should look no further than the mountain of Hahnenkamm (1,712m), which plays host to the infamous Streif downhill skiing race each winter. Visit in summer, and you’ll see the course draped in emerald greenery as you hike alongside the run from the Streif start house. A fascinating insight into the adrenaline-pumping sport, this hike also takes you to various waypoints on notable sections of the course such as the Mausefalle (Mousetrap) – a section of the slope with an eye-watering incline of 85%.

Elsewhere on the mountain, cyclists will be in paradise with mile upon mile of scenic trails and lifts to whisk you up to the top with little need for strenuous pedal pushing.

Known for its killer views, the Kitzbüheler Horn (1,996m) is the ideal place for some impossibly scenic hiking. The town offers free guided hikes each week to help you locate the best panoramic views of the mountain, while those wishing to go it alone can take advantage of the impressive interactive map with route suggestions.

Try the Kitzbüheler Horn – Das Alpenblumen Panorama hike which starts with a ride on the Hornbahn 1 and Horn Gipfelbahn gondolas from Kitzbühel. Once you have been whisked up to an altitude of around 2,000m, climb the observation tower of the Kitzbüheler Horn for your first 360-degree view of the striking landscape. The hike will then take you past the picturesque Hornkapelle chapel and through sweeping alpine flower meadows to reach the Hornkopflsee lake, from where you’ll find an easy ascent up to the Hochetzkogel peak to finish.

The Kitzbüheler Horn is also known to road cyclists as the ‘crowning stage’ of the Tour of Austria, with the 12-mile stage seeing an incredible 950m of altitude gain and a maximum slope gradient of 22.3%. If that all sounds a bit strenuous then feel free to simply free wheel your way along the miles of forest and alpine trails. 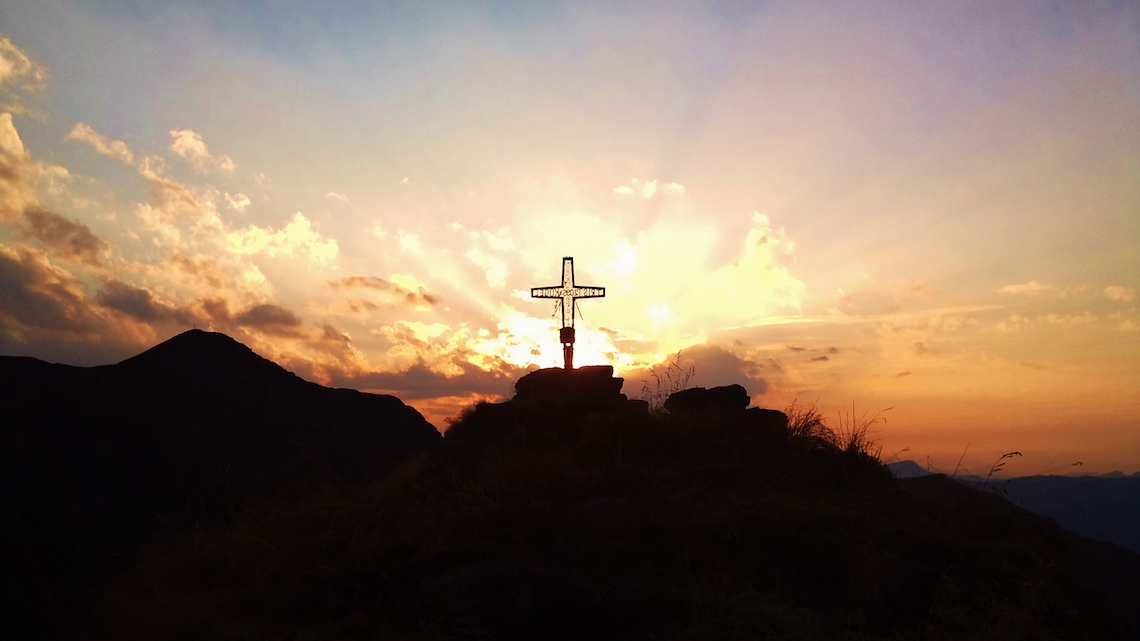 If you’re looking to try something a little different this year, why not have a go at the local via ferrata, found on the mountain of Tristkogel (2,095m). Via Ferrata bridges the gap between scrambling and climbing, with iron cables fixed onto the rock for you to harness up and clip in to. This safety net gives you the confidence you need to start reaching, scrambling and climbing up the steeper sections of the trail, all the way to the summit of the mountain via some thrilling exposed sections.

The mountain also proves popular with trail runners, with a great circular route running from the Parkplatz Pochwerk up around the summit and back along the breathtaking ridge. Hikers can take on the KitzTrail Adrenaline starting from the same spot with some of the same sensational views and the chance to summit Tristkogel over a shorter distance. Meanwhile, the Tristkogel Challenge takes place in early June each year and is a challenging combination of mountain biking and trail running, completed in teams of two.

While you’re visiting the area, don’t forget to check out the beautiful Lake Schwarzsee for water sports and the tranquil satellite town of Aurach, which plays host to a Wildlife Park and can be used as an ideal gateway to beautiful summer hikes in the Kitzbühel Südberge Mountains. Film buffs should aim to visit during the last week of August, to coincide with the annual Kitzbühel Film Festival, presenting works from filmmakers all over the world.

If you’re looking for more inspiration for your summer holiday to Kitzbühel, then don’t forget to check the Kitzbühel website for all the activities offered in the region, plus all the latest news and hiking routes.