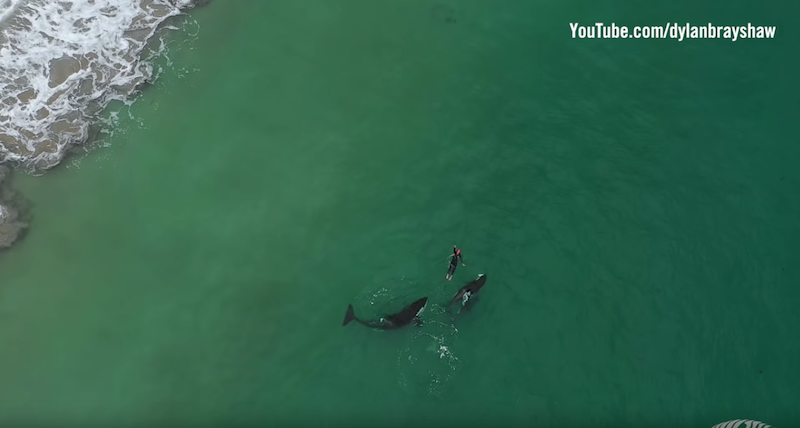 Incredible drone footage has emerged from New Zealand showing a woman swimming just off the coast with a family of orcas.

The remarkable footage (see below) was filmed by photographer Dylan Brayshaw on 4 December at Hahei Beach on the Coromandel Peninsular on New Zealand’s North Island and has since been posted on his YouTube channel.

In the video description Dylan said: “I was watching a pod of orcas swimming up the beach, I saw a swimmer swimming along shore directly towards them; at this point I asked my partner to get my mobile phone as I wasn’t sure what would happen and I may have to call for help.

“The orcas circled her and she got quite the fright. She then got out the water as she was only 20m from shore. Some onlookers chatted to her about the experience and then to my surprise she got back into the water and swam back towards the pod, to I assume continue her training swim.

“I then launched the drone and filmed from a fair distance away making sure not to disturb the pod of orcas. What I witnessed was truly amazing.”

Despite their reputation and nickname of ‘killer whales’, wild orcas are not considered to be a threat to humans, with attacks being extremely rare. Even so, this swimmer must have had a pretty big shock when she saw them.

It’s not the first time people have had encounters with orcas off the coast of New Zealand, with drone footage also capturing a kayaker being tailed by one a couple of years ago.