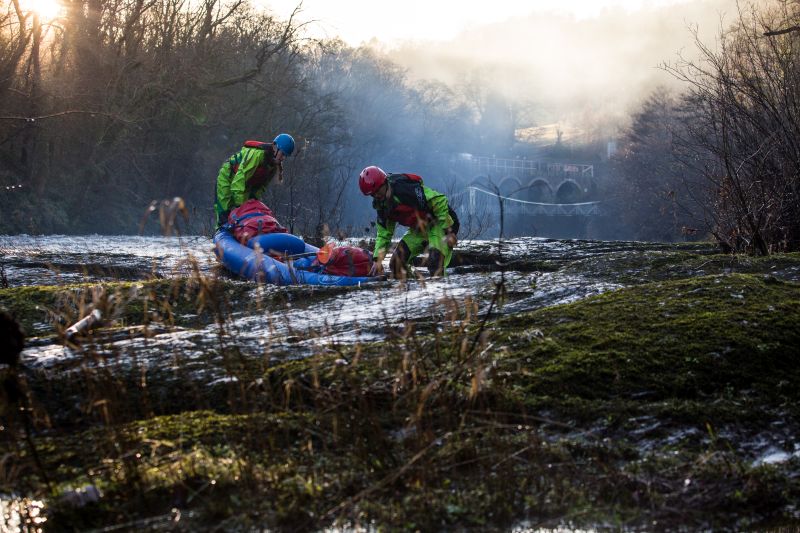 A team of explorers are setting off for an incredible world first attempt to canoe the entire length of the Essequibo River, in Guyana, which is South America’s third largest river, on 1st February 2018. The three women will paddle from source to sea, a feat which has never been done before.

Starting off in the magnificent Acarai Mountains, in southern Guyana, the team will paddle down the Essequibo River which runs over 600 miles through remote and untouched rainforest. On their journey, the team will pass through treacherous rapids, gold mining camps, tiny villages and then cities before meeting the Atlantic Ocean. They are expecting the journey to take them around eight weeks.

Best known for cycling over 4,000 miles unsupported across South America with no money, Laura Bingham is the expedition leader for this world first attempt, and will be joined by her fellow team members Ness Knight and Pip Stewart.

This year, Laura faced a very different personal challenge when she became a mother for the first time after the birth of her and her husband’s (Ed Stafford) baby boy, Ranulph. She said: “I’ve just had a baby and want to show that a mother and father are both capable of caring for their baby whilst staying true to who they are. We both owe a lot to expeditions so by sharing parental responsibilities we can both continue to follow our dreams and keep adventuring. Whilst I’m away Ed’s on duty – and he’s really looking forward to it!”

Ness Knight is a passionate explorer who once cycled 2,000 miles solo across the Namib Desert for a Red Bull documentary. She said: “Having previously paddle boarded over 1,000 miles down the Missouri River I have grown to understand how immersive and unique a perspective you can gain when travelling by river. You can quietly glide past native wildlife without disturbing their behaviour. Also uncovering the stories and lives of the local people is a huge motivation for embarking on this expedition.”

Pip Stewart is a traveller who is passionate about increasing the profile of women in the adventure world, and she once cycled an impressive 10,000 miles from Kuala Lumpur to London. When speaking about the upcoming expedition she said: “Having spent time in the Amazon documenting how deforestation impacts the indigenous tribes I know what a magical place the jungle is. For me, what appeals is going with the flow of the river, feeling the rhythms of nature, the physical challenge, learning new skills and overcoming the ‘Oh God, can I do this?’. Human willpower is a phenomenal thing, and I can’t think of anyone better to take this on with than Laura and Ness.”

Laura’s husband, Ed Stafford said: “Canoeing the Essequibo River from source to sea has been talked about in the expedition industry for years. Finally someone is putting their paddle in the water and attempting to achieve one of the last world firsts on the planet. I’m equally excited that it’s an all-female team – something that is very welcome in our testosterone-saturated world. Good luck to the girls – come back safe and you will have done something no human has ever done before.”