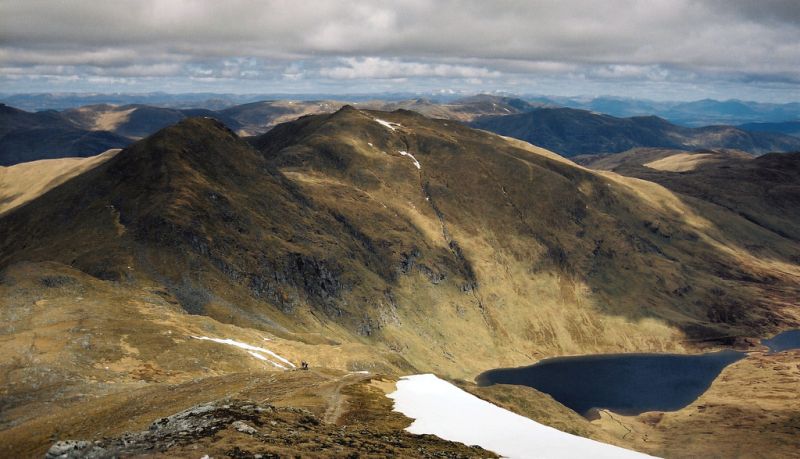 Is this the ultimate weekend of hiking in Scotland?

When we can’t spare the time to set off on an incredible long haul adventure, we can head out for an epic adventurous weekend somewhere in the UK. This is something at the forefront of Merrell‘s thinking during the creation of their new hiking boot the Chameleon 7. The boot has been designed to give you the confidence to move fast on varying terrain, while still offering all of the protection you need.

Understandably, the boot is a fantastic match for this ultimate weekend hiking adventure in Scotland. The route we’ve picked is the Ben Lawers mountain range in the Southern Highlands. This route offers you the opportunity to bag seven Munros (a mountain in Scotland with a height of 914m or more), plus the 10th highest mountain in the UK. 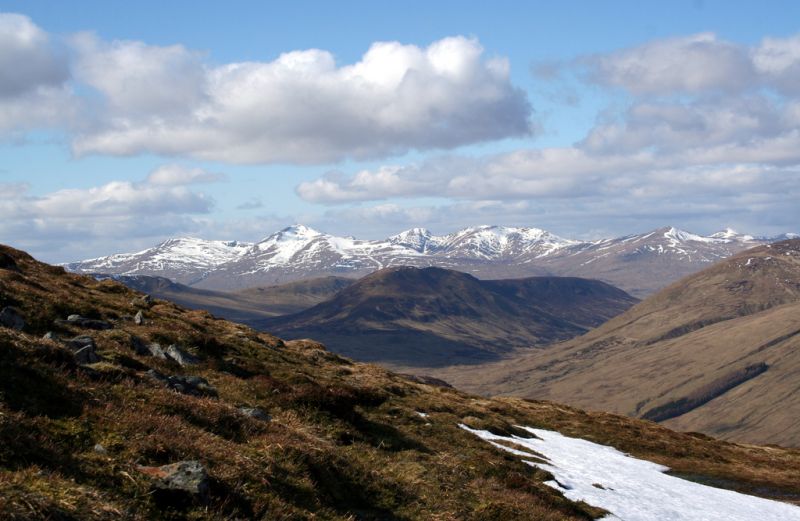 Situated in the Southern Highlands, Ben Lawers is the 10th highest mountain in the UK. This Scottish giant sits proudly in the middle of a chain of seven Munros, with a route distance of approximately 12 miles, which should take you around seven to eight hours to hike. This should leave you with plenty of time to travel to and from Scotland, making this the perfect weekend adventure.

Here is the complete list of munros that you can bag on this route, in the order in which you’ll come across them. 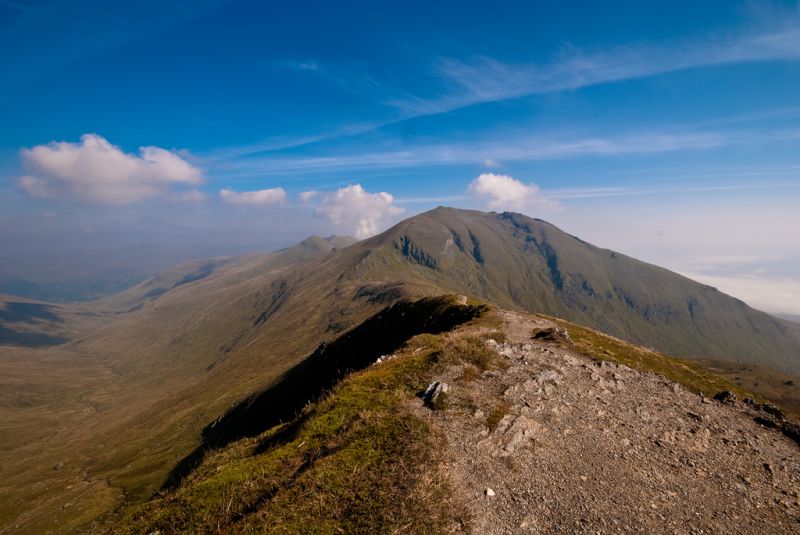 The route itself is of mostly moderate, grass covered terrain and requires some low-grade scrambling in places, and completing the full route can be achievable for those with reasonable fitness. Those who are inexperienced in scrambling may find the scramble on An Stuc a tad daunting and a little tricky in places, however, it’s easily conquered if taken slow and steady.

The impressive landscape scenery on this route is absolutely breathtaking, and one of our favourite points is the view from Ben Lawers, looking out over An Stuc and Meall Garb (pictured in the featured photo of this article). However, we must say, the rest of the panoramic views en-route rival it.

If you’re lucky enough to tackle this route on a clear day, then from the summit of Ben Lawers, you can expect to see all the way out to the east coast. If you look west, you should be able to spot the Ben More ride to Stobinion. 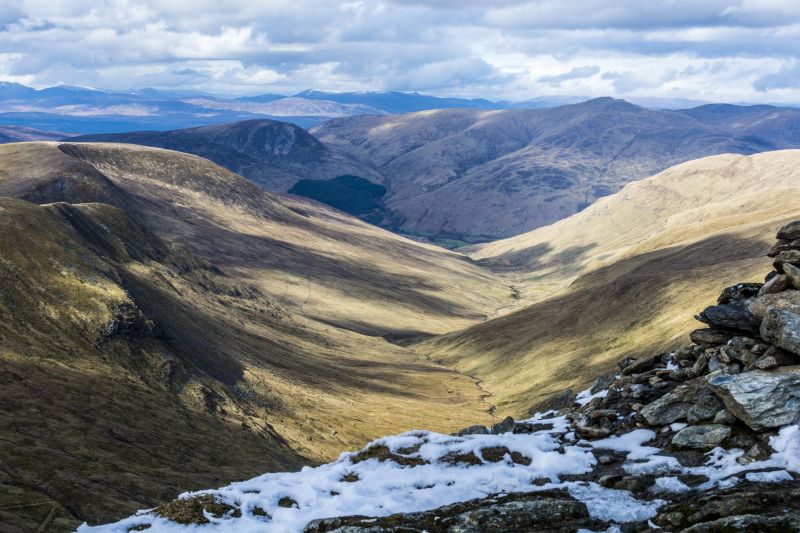 Where: The Ben Lawers range is located to the north side of Loch Tay, in the southern highlands.

How: It’s easiest to park in the Ben Lawers car park, which is just off the A827. You’ll want to arrange a taxi to collect you at the finishing point, the Horn Carver, or alternatively, take two cars and leave on at either end.

When: As with all mountainous routes, the weather can be very changeable. To ensure you don’t get caught in sticky situation, aim for the spring, summer and autumnal months, and always keep a good eye on the weather before you set off. 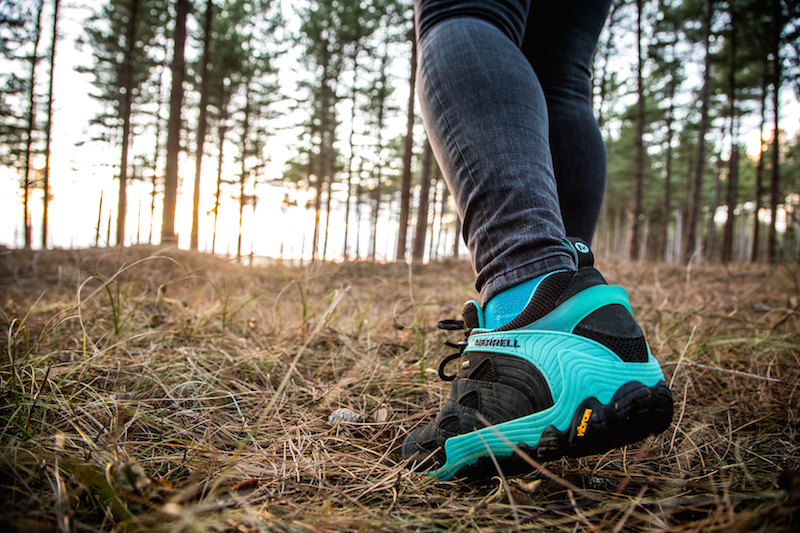 When exploring these gorgeous Scottish mountains, you’ll need a pair of boots that can keep up with all the action. The Merrell Chameleon range is an iconic hiking boot, known to many British hikers, which has become a well-trusted line of boots within the hiking community. Now, the company has launched its latest and most advanced version yet, the Chameleon 7.

The Chameleon 7 range is available in both walking boot and approach shoe, for men and women, and also comes in both waterproof and non-waterproof versions. To find out more or to browse the Chameleon range, head over to the Go Oudoors website.

6 of the best Cotswolds walks for picture-perfect scenery
Unknown Italy: The spectacular Apennine Ridge trek
10 of the best walks in the UK and Ireland
Type to search or hit ESC to close