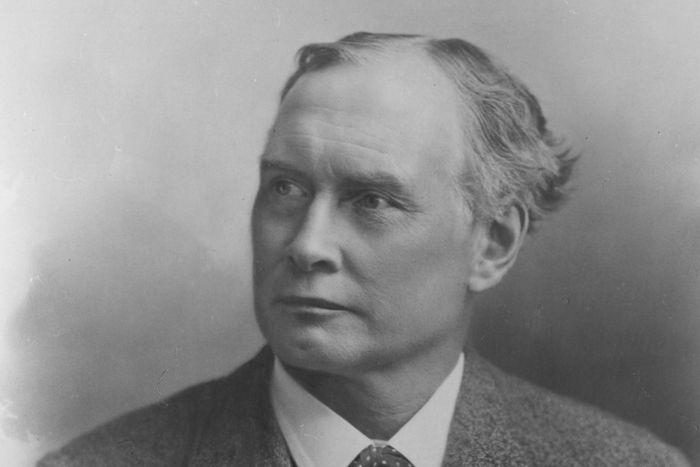 Edward Whymper: Meet the first person to climb the Matterhorn

As part of our History’s Heroes series, Roger Bunyan profiles Edward Whymper – a passionate, peak-bagging pioneer who made the first ascent of the Matterhorn.

Who was Edward Whymper?

Edward Whymper (1840-1911) was a British mountaineer, explorer, engraver and author who made the first ascent of the Matterhorn.

Whymper first visited the Alps in 1860 as an engraver with a commission to complete a series of illustrations of great Alpine peaks. He spent that summer walking over 600 miles observing, sketching and familiarising himself with the mountains. He possessed great stamina and strength as he hiked, scrambled and crossed glaciers. And so began his passion for mountains and the challenges they presented.

Over the next four summers Whymper’s climbing ability gradually developed as he scaled a number of peaks of increasing difficulty; these were pioneering times and both mountain equipment and climbing techniques were rudimentary. Over this period, Whymper made seven attempts to climb the Matterhorn, but all failed. This mountain was proving to be the most elusive of all the unclimbed 4,000m Alpine peaks.

In 1865 an Italian guide who had arranged to climb the Matterhorn’s Italian ridge with Whymper decided to organise his own expedition to scale the mountain. Feeling betrayed, Whymper dashed to Zermatt to ascend it from the Swiss side, turning it into a race to be the first to the top. The Swiss route was not as unclimbable as was initially believed and, by the afternoon of the second day, Whymper’s party stood triumphantly upon Matterhorn’s summit, shouting and waving at their Italian opponents far below. 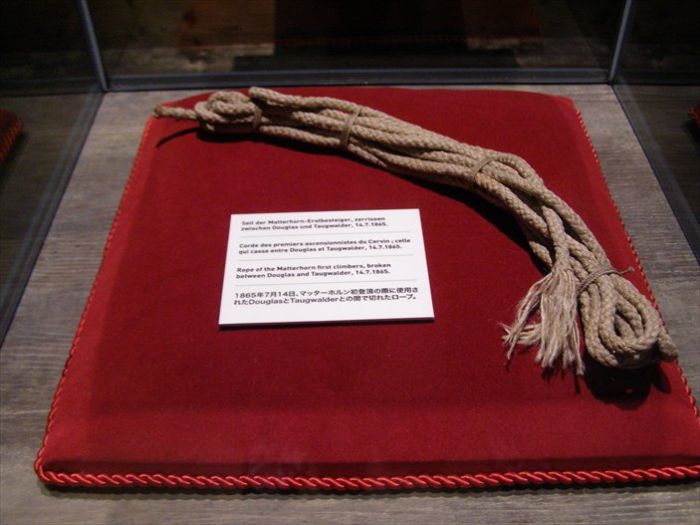 Unfortunately, tragedy struck as the group of seven climbers descended. One of the climbers slipped and fell, dragging three others to their deaths. The thin rope holding the group together snapped, allowing the survival of Whymper and two local guides. This catastrophe haunted him for the rest of his life.

In 1867 and 1872, Edward Whymper organised expeditions to Greenland where he explored the interior and the coastline.

It was during his later expeditions that Whymper began carrying-out scientific investigations such as studying the effects of altitude upon humans and collecting flora, fauna and fossil specimens. He wrote about his climbing and mountain discoveries and became a notable public speaker. His most famous book is the classic Scrambles Amongst the Alps. 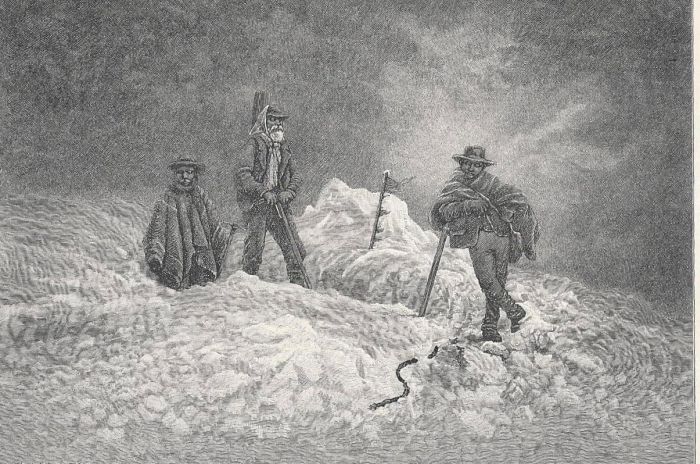 Edward continued to visit the Alps for more leisurely excursions in his later years. He married when he was 66 to a woman called Edith, who was just 21. It soon became an unhappy union and only lasted four years; they had one daughter, Ethel.

Edward Whymper will be remembered for his mountaineering skills, endurance and resourcefulness while exploring and climbing during these pioneering times in the Alps and beyond. Testament to his mountaineering talent are his many successful Alpine and South American first ascents. His determination that led to the Matterhorn being climbed for the first time and the tragedy that followed has become climbing folklore; that ascent was the final piece in the jigsaw of climbing all of the major Alpine peaks, ending the period known as the Golden Age of Mountaineering.