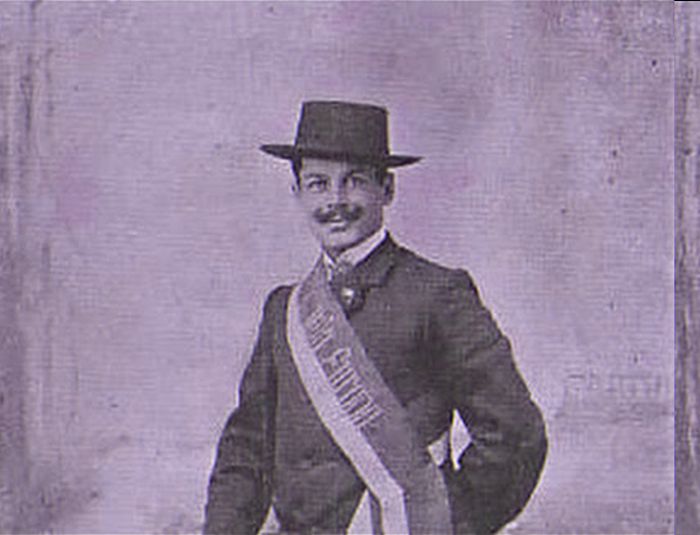 Romanian Dumitru Dan: Meet the first man to walk around the world

In the early 20th century, Romanian Dumitru Dan became the first person to walk around the world in an incredible six-year journey. As part of our ongoing History’s Heroes series, Roger Bunyan has his story…

Who was Romanian Dumitru Dan?

Born in 1890, Romanian Dumitru Dan was the first person to walk around the world.

In 1908, Dumitru went to study in Paris along with three others from his country: Paul Pirvu, Gheorghe Negreanu and Alexandru Pascu. They heard about a competition launched by the Touring Club de France that stated, ‘Whosoever can walk 100,000 kilometres around the world will receive 100,000 Francs’. The four students took up the challenge and planned to perform Romanian songs and dances en-route to support themselves. They also decided to wear traditional costumes throughout their journey.

In 1910 they began their walk, travelling north from Bucharest to St Petersburg. Then they headed south across Russia to the Middle East and on into East Africa, experiencing punishing desert conditions. Their Romanian folk concerts were well received wherever they were performed. Next, they boarded a ship to Australia. Whenever on board ships they would hike around the deck for hours, record the distance using pedometers and have it verified by the captain.

After Australia, they eventually landed in India. The Rajah of Bombay invited them to his palace but unfortunately Alexandru died there after smoking opium. Although sad at the loss of a friend, Dumitru, Paul and Gheorghe continued their journey. From Bangkok, further ocean travel eventually took them to Argentina where they walked up South America to Panama. 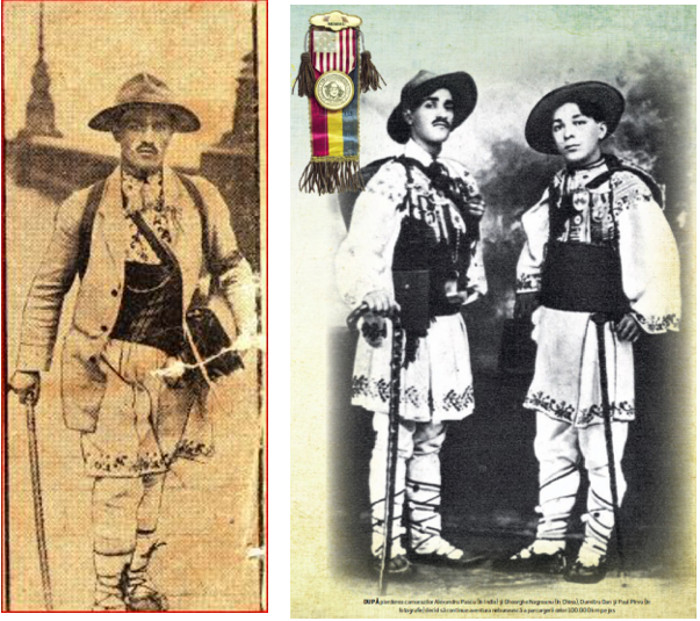 After another ship journey, they visited Japan then China. While trekking through a steep mountain pass in the Nanling Mountains of China, Gheorghe fell down a steep slope and was badly injured. His two companions carried him to a nearby village, but sadly he died.

Dumitru and Paul persisted and walked to Russia, the intense cold almost impossible to endure. Crossing to North America they made their way to Central America, then another sea journey took them to North Africa and Europe where they walked to Scotland.

The two remaining Romanians were given free passage to Canada due to a general reluctance to sail the Atlantic after the Titanic disaster. Dumitru and Paul travelled across Canada and into the United States, where they were received at the White House. While travelling further south, Paul was finding it too punishing to continue – the trauma of walking so far and for such a long time, in so many testing conditions had greatly affected his legs. He could go no further and insisted his friend carry on without him. A few months later, Paul died from an infection after having his legs amputated.

Travelling alone, Dumitru visited the Caribbean before sailing to Europe, eventually arriving back in Bucharest in 1916. Due to the First World War, he was unable to walk to Paris to finish the challenge. But in 1923 Dumitru did complete the final distance from Bucharest to Paris, reaching 100,000km, and was named ‘Champion du Monde’ by the Touring Club de France. In total, since the start of the walk, he had worn out 497 pairs of traditional Romanian leather shoes and 28 folk costumes.

After his global adventure, Dumitru worked firstly in Romania’s revenue and customs department and then became a geography teacher. On retiring, he lectured throughout Romania telling audiences about his globetrotting journey. He married Adelina Negulescu in 1936 and they adopted Steliana Sirbescu, Dumitru’s child from a previous relationship. He died in 1978.