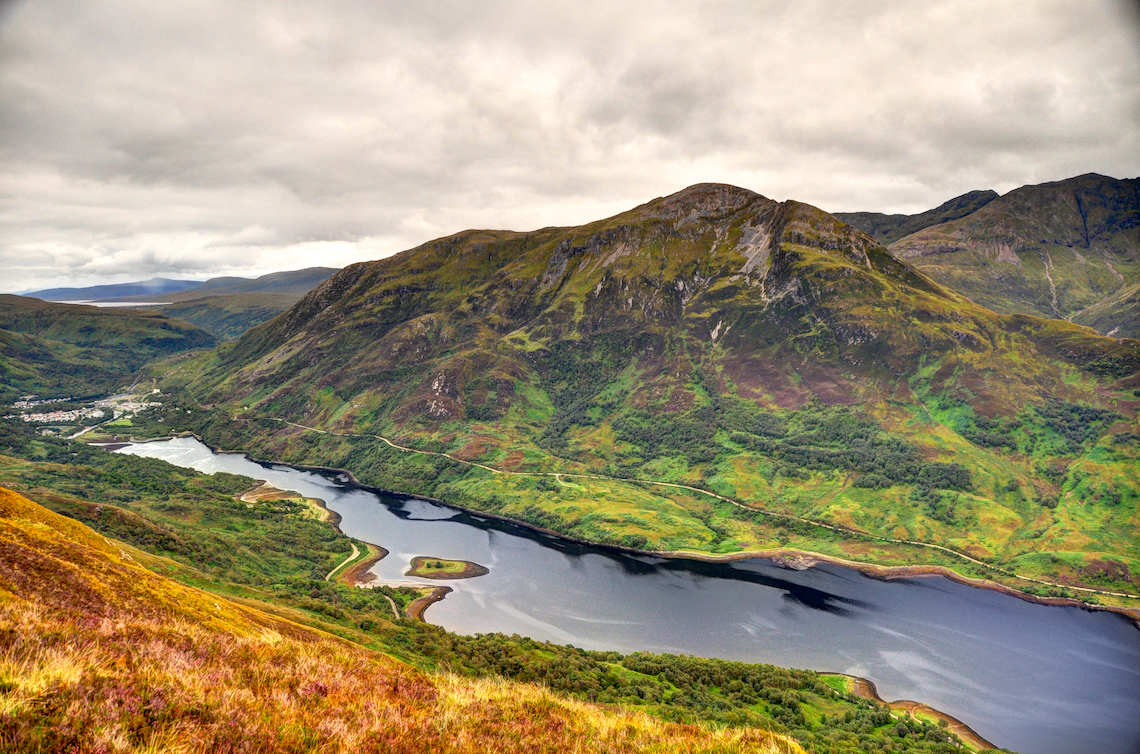 Cycling is surely the best way to adventure on two wheels, and we’re lucky enough in the UK to have the National Cycle Network of cycling trails that’s 14,000 miles long in total. But as every cyclist knows, there’s nothing worse than a busy road getting in the way of your awesome day on the bike, and that’s why we’ve compiled a list of some of the best traffic-free cycle routes in the UK.

We got together with Cube Bikes, a leading UK bike manufacturer, to take a closer look at the Square clothing line which has all the gear you need for an epic day out on two wheels. The Square clothing line features a range of multi-purpose kit that is ideal for anyone who’s a lover of the outdoors, with versatile styles for everyday use. Shop the full range here.

While you might not see any camels on this spectacular route through Cornwall’s countryside, you are likely to spot plenty of unusual birds, as the area is rife with a variety of species. The route runs from Padstow to Wenford Bridge, passing through the pretty woods of Camel Valley and the picturesque Camel estuary, following the route of an old railway line. While 18 miles might seem like a lot, the whole trail is fairly level and can be broken up into two sections if preferred. It’s one of the most popular traffic-free cycle routes in the UK thanks to sensational views of Cornwall’s most beautiful moorland and woodland.

Take a ride through the heart of the atmospheric Peak District on a cycle along the Monsal Trail, an excellent nine-mile route spanning from Blackwell Mill to just north of Bakewell. You’ll pass through four historic railway tunnels and have the chance to seek out wildlife along the way, as the route is well way-marked with coordinated interpretation panels and listening pods. A great route for all the family as the kids will love the railway heritage and primarily flat gradient.

A charming 15-mile ride from the cathedral city of Lincoln along the banks of the River Witham can be found in the Water Rail Way cycle path, which follows the former Lincoln to Boston Railway line. With vast fenland landscapes all around and viewing platforms to stop off at along the way, this route makes an ideal summer’s day out with the kids. It even features a sculpture trail commissioned by Sustrans that includes artworks inspired by the poetry of Alfred, Lord Tennyson and also the local environment and animal breeds.

Travelling 32 miles from Edinburgh to Falkirk doesn’t get much more idyllic than on a cycle ride down the Union Canal, where you’ll cross many impressive bridges and aqueducts and pass through beautiful countryside views on your journey. The trail culminates at the Falkirk Wheel; a marvellous feat of waterway engineering that lifts boats into the Forth & Clyde Canal. The whole route makes for a rewarding day out, or two days if you prefer a more leisurely pace.

A 13-mile circular route in the Lomond hills makes for a pretty spectacular day on the bike and is truly one of the most scenic traffic-free cycle routes in the UK. The gentle gravel track takes cyclists around Loch Leven, through the wildlife-filled Carsehall Bog and RSPB Nature reserve right down to the banks of the loch where the most picturesque spot for a picnic awaits. The route starts and finishes at Kinross Pier and hugs the shores of the loch for the majority of the route.

The Tarka trail is an 180-mile figure of eight route traversing the unspoilt countryside of North Devon, 30 miles of which make up one of the longest continuous traffic-free cycle routes in the UK. Inspired by the way travelled by Tarka the Otter in the famous novel by Henry Williamson, the route takes cyclists through ancient woodland and along the banks of mystical rivers, with beautiful views along the way.

While this 16-mile route might seem long on paper, the route is almost entirely flat, making it one of the most enjoyable traffic-free cycle routes in the UK, especially on a sunny day when the seaside views are at their best. There are some charming golden-hued beaches and family-friendly attractions to stop off at along the way, and the scenery is excellent throughout, with the glimmering waters of the Irish Sea on one side and the mountainous backdrop of Snowdonia on the other.

Essential kit for traffic-free cycle routes in the UK

If you’re new to cycling or need to update your kit, there’s no better place to start shopping than on the Cube Bikes website. The Square clothing line is ideal for anyone with an active lifestyle who likes to get out there on two wheels.

With both men’s and women’s specific lines, the range features everything from wind and water-resistant multifunctional jackets to shorts, tights and tees that are just as functional as they are stylish. Manufactured from a lightweight, durable and breathable material, this is gear that’s sure to perform as well as it looks. Shop the full range here.

Mark Beaumont set to cycle around the world in 80 days
British man sets off on 46,000-mile round the world cycle
British adventurer to circumnavigate three Channel Islands in gruelling challenge
Type to search or hit ESC to close