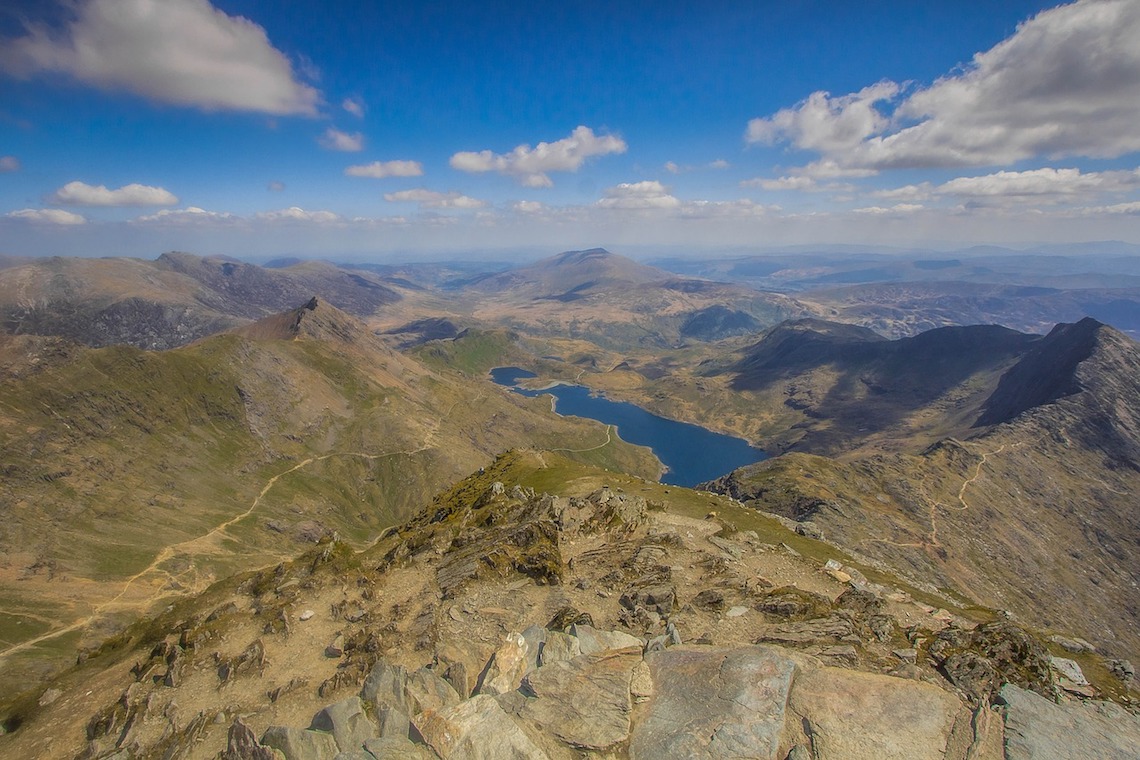 A guide to Snowdon routes: 6 different paths to the top

As spring of 2021 approaches, many of us are stuck at home, wistfully daydreaming of life before the pandemic, when an average weekend would often include a stroll outdoors in the beautiful British countryside. Thankfully, this strange era of social distancing won’t last forever, and when it ends, we’ll be all the more eager to get out there and explore.

If you’ve got Wales’ highest peak on your bucket list for when restrictions are lifted, we’ve rounded up all the best Snowdon routes to whet your appetite.

With so many different Snowdon routes to choose from, it can be hard knowing which one you should tackle first. We teamed up with the guys at Regatta Great Outdoors, to bring you this handy guide to all the different Snowdon routes, with a good overview of each one and a difficulty rating, so you can choose the route that’s best for you.

Once you’ve made your pick, make sure you’re kitted out for the job with Regatta’s Highton range, which offers a range of waterproof and breathable clothing perfect for anything these Snowdon routes have to throw at it. Check out the full range here. 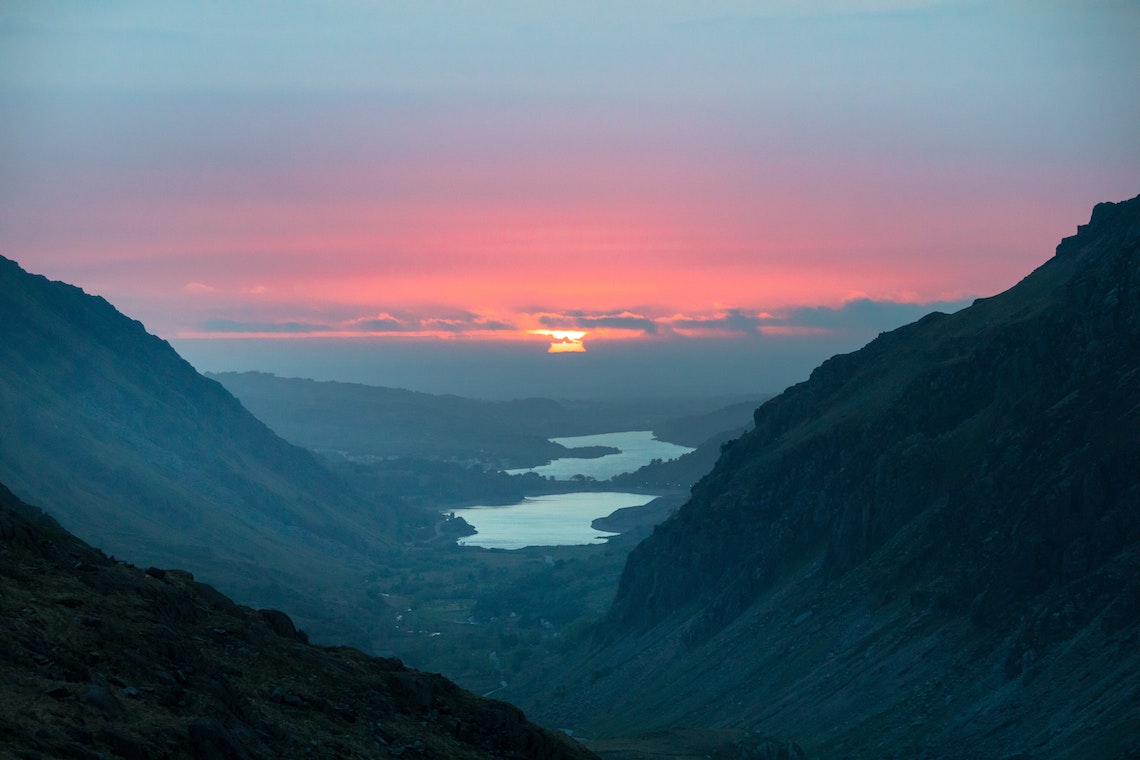 For those unfamiliar, Snowdon (1,085m) is the highest mountain in Wales and can be found in the heart of the Snowdonia National Park – which also happens to be top on our list of the ten most beautiful national parks in Europe.

As it’s a popular mountain to climb, there are six main routes to get to the top, all of which follow well-maintained paths. Most of these are signposted and easy to follow, however, if you are planning a day in the mountains, you will always need some navigational skills, plus a map and compass to ensure you don’t go astray.

We have outlined the six main Snowdon routes below in order of their difficulty. First-timers should stick to the Llanberis Path, while those looking for more of a challenge can try some of the more demanding Snowdon routes further down.

This is the easiest of all the Snowdon routes and for that reason also the most popular. It has a steady gradient and is sometimes known as the Tourist Path or Pony Path, thanks to the long but gentle climb. If it’s your first time climbing Snowdon, or you’re bringing the kids, this is the route for you.

While it can get busy during the summer months, hikers can still enjoy sensational views across the Glyderau from Clogwyn and can also enjoy a light refreshment at the strategically placed halfway house. Llanberis is an ideal starting point with plenty of parking and amenities.

Distance: 9 miles (there and back) 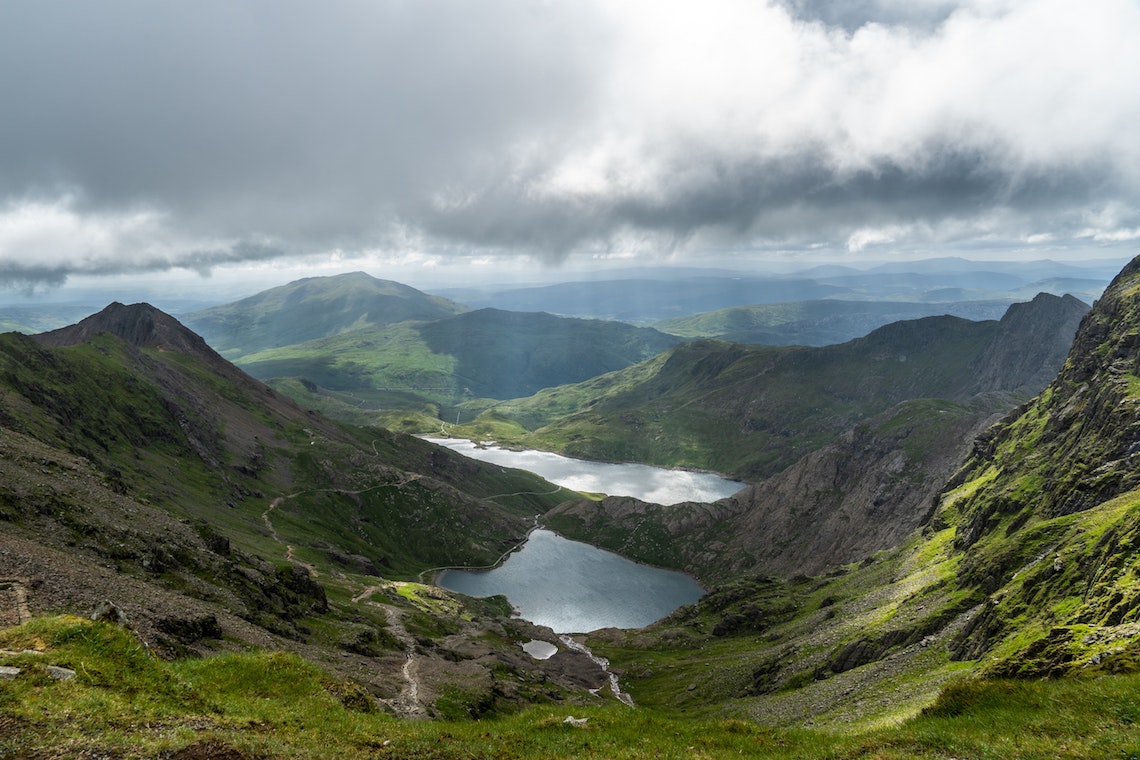 The Miner’s Track was built back in 1832 following the opening of the Llanberis Pass. Back then, it was used to transport copper from the Britannia Copper Works to Pen-y-Pass where it could be transported onwards. Nowadays, it’s one of the most scenic Snowdon routes, with a nice, gentle first half and a second half that offers a little more gradient and tougher terrain. On busy days, parking in Pen-y-Pass can be hard to come by, so park in Llanberis instead and make use of the Sherpa bus to transport you to Pen-y-Pass.

This is one of the most classic Snowdon routes, which also begins and ends in Pen-y-Pass. It runs parallel to the Miner’s Track and it’s common for hikers to ascend Snowdon on the Pyg Track and descend using the Miner’s Track. Some believe the Pyg track is named for the Pen-y-Gwryd Hostel, while others reckon it comes from Bwlch-y-Moch (Pass of the Pigs).

It could also be because this was the path used to carry pyg (black tar) from the Britannia Copper Works. We’ll probably never know for sure, but what you can be certain of is an easy-to-follow path with incredible views of the Snowdon Lakes and Crib Goch, plus a classic view of Snowdon itself.

Distance: 7 miles (there and back)

Those in the know will often opt for the Rhyd Ddu Path as it offers a much quieter alternative to some of the other Snowdon Routes, but with top-notch views and a little extra challenge thrown in.

A lack of facilities in the village of Rhyd Ddu could be the reason for its unpopularity in comparison with other routes, despite the truly epic views of Crib Goch, Nantlle Ridge, Moel Hebog, Mynydd Mawr and of course the classic view of Snowdon itself. If you want a break from the crowds and mind-blowing views, this is the route for you.

This is largely considered to be the most difficult of the six main Snowdon routes and was named after Sir Edward Watkin, a railway entrepreneur who owned a summerhouse by the start of the path.

This route begins close to sea level, so you’ll be climbing nearly the whole 1,085m of Snowdon (meaning parts of the path are incredibly steep!). You’ll be rewarded with a variety of scenery, from woodland and waterfalls near the start to truly breath-taking views of Llyn Llydaw and Crib Goch on the final push to the summit.

Snowdon purists will tell you that there are actually eight different Snowdon routes, when you include the Snowdon South Ridge and the notoriously challenging Crib Goch. The more experienced should certainly check them both out once they’ve exhausted the six main Snowdon routes, as they both offer spectacular views and a little extra challenge.

Anyone heading up Wales’ highest peak, no matter which of the Snowdon routes they choose, should make sure they are kitted out properly in quality, waterproof gear. Regatta’s Highton range is the perfect gear for the job, offering a waterproof and breathable stretch range of clothing including everything from jackets, fleeces, trousers and shorts to footwear and bags across men’s women’s and kids. Check out the full range here.

Best hikes in the world: The Stevenson Way
UK Adventure: Walking Isle of Man's Way of the Gull
Check out this breathtaking footage of Snowdonia from the skies
Type to search or hit ESC to close