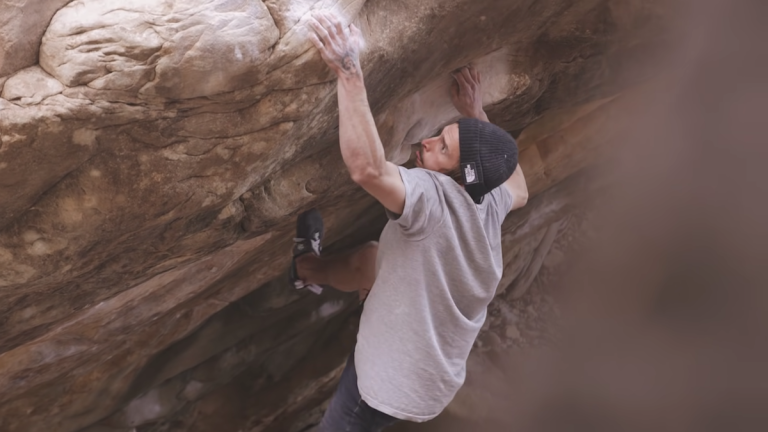 American climber Daniel Woods has made history with the first ascent of Return of the Sleepwalker, a problem he’s graded at V17 (font grade 9A), making it the hardest boulder problem in the US and only the second climb to be given that grade in the world.

Luckily for us mere mortals, filmmaker Bobby Sorich was on hand throughout the 52 days it took Woods to crack the climb, documenting Daniel’s numerous attempts to work through one of the biggest challenges of his career so far.

“Climbing is an awesome outlet to see how far you can go within, learn about yourself, and pull some freak sh*t out of you. All to accomplish a feat of strength that will give you 30 seconds of bliss, but a huge confidence boost within that’s carried throughout your life. It’s all a game out there… have fun playing,” Woods says.

Want to get into climbing in the UK? Check out five of the best beginner crags by clicking here.

The full film is a hell of a watch, showcasing Daniel’s sheer determination to, in his own words, pull some freak sh*t out of himself. If you’re offended by swearing you may want to pop it on mute too, after 50 days trying a climb we’d be pretty frustrated if we fell off on the last move too…

Watch it for yourself below: